THREE STRIKES AND YOU’RE OUT

2 This is the account of Jacob and his family. When Joseph was seventeen years old, he often tended his father’s flocks. He worked for his half brothers, the sons of his father’s wives Bilhah and Zilpah. But Joseph reported to his father some of the bad things his brothers were doing.

3 Jacob loved Joseph more than any of his other children because Joseph had been born to him in his old age. So one day Jacob had a special gift made for Joseph—a beautiful robe. 4 But his brothers hated Joseph because their father loved him more than the rest of them. They couldn’t say a kind word to him.

5 One night Joseph had a dream, and when he told his brothers about it, they hated him more than ever. 6 “Listen to this dream,” he said. 7 “We were out in the field, tying up bundles of grain. Suddenly my bundle stood up, and your bundles all gathered around and bowed low before mine!”

8 His brothers responded, “So you think you will be our king, do you? Do you actually think you will reign over us?” And they hated him all the more because of his dreams and the way he talked about them.

10 This time he told the dream to his father as well as to his brothers, but his father scolded him. “What kind of dream is that?” he asked. “Will your mother and I and your brothers actually come and bow to the ground before you?” 11 But while his brothers were jealous of Joseph, his father wondered what the dreams meant.

Joseph was one of Jacob’s twelve sons.  Twelve boys under the same roof… that’s a lot of testosterone. Growing up in that house was probably like a 24-7 UFC fight.

Joseph’s brothers didn’t particularly like him, and the passage above gives three reasons why.  First, Joseph was a bit of a tattle-tale.  Maybe his brothers were slackers, maybe they were taking advantage of their father Jacob; we don’t know.  But we do know that Joseph thought it was a big deal (verse 2) so he told his father what they were up to.

Jacob favored Joseph above his other brothers.  And it was very obvious.  He was given the infamous multi-colored coat, which might sound to us like a hideous fashion statement from the 80s, but back then was a big deal.  The implied message that a gift like that sends to the rest of the sons is that Jacob is treating Joseph as if he is the firstborn. 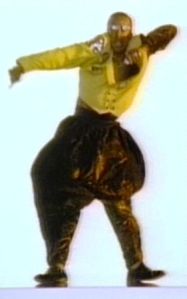 Joseph has some strange dreams.  Dreams that seem pretty easy to interpret.  In these dreams Joseph is elevated above his brothers… to the point that they’re bowing down to him.  Not an idea that would sit well with too many guys.

12 Soon after this, Joseph’s brothers went to pasture their father’s flocks at Shechem. 13 When they had been gone for some time, Jacob said to Joseph, “Your brothers are pasturing the sheep at Shechem. Get ready, and I will send you to them.”

14 “Go and see how your brothers and the flocks are getting along,” Jacob said. “Then come back and bring me a report.” So Jacob sent him on his way, and Joseph traveled to Shechem from their home in the valley of Hebron.

15 When he arrived there, a man from the area noticed him wandering around the countryside. “What are you looking for?” he asked.

16 “I’m looking for my brothers,” Joseph replied. “Do you know where they are pasturing their sheep?”

17 “Yes,” the man told him. “They have moved on from here, but I heard them say, ‘Let’s go on to Dothan.’ ” So Joseph followed his brothers to Dothan and found them there.

18 When Joseph’s brothers saw him coming, they recognized him in the distance. As he approached, they made plans to kill him. 19 “Here comes the dreamer!” they said. 20 “Come on, let’s kill him and throw him into one of these cisterns. We can tell our father, ‘A wild animal has eaten him.’ Then we’ll see what becomes of his dreams!”

21 But when Reuben heard of their scheme, he came to Joseph’s rescue. “Let’s not kill him,” he said. 22 “Why should we shed any blood? Let’s just throw him into this empty cistern here in the wilderness. Then he’ll die without our laying a hand on him.” Reuben was secretly planning to rescue Joseph and return him to his father.

23 So when Joseph arrived, his brothers ripped off the beautiful robe he was wearing. 24 Then they grabbed him and threw him into the cistern. Now the cistern was empty; there was no water in it. 25 Then, just as they were sitting down to eat, they looked up and saw a caravan of camels in the distance coming toward them. It was a group of Ishmaelite traders taking a load of gum, balm, and aromatic resin from Gilead down to Egypt.

26 Judah said to his brothers, “What will we gain by killing our brother? His blood would just give us a guilty conscience. 27 Instead of hurting him, let’s sell him to those Ishmaelite traders. After all, he is our brother—our own flesh and blood!” And his brothers agreed. 28 So when the Ishmaelites, who were Midianite traders, came by, Joseph’s brothers pulled him out of the cistern and sold him to them for twenty pieces* of silver. And the traders took him to Egypt.

29 Some time later, Reuben returned to get Joseph out of the cistern. When he discovered that Joseph was missing, he tore his clothes in grief. 30 Then he went back to his brothers and lamented, “The boy is gone! What will I do now?”

31 Then the brothers killed a young goat and dipped Joseph’s robe in its blood. 32 They sent the beautiful robe to their father with this message: “Look at what we found. Doesn’t this robe belong to your son?”

33 Their father recognized it immediately. “Yes,” he said, “it is my son’s robe. A wild animal must have eaten him. Joseph has clearly been torn to pieces!” 34 Then Jacob tore his clothes and dressed himself in burlap. He mourned deeply for his son for a long time. 35 His family all tried to comfort him, but he refused to be comforted. “I will go to my grave mourning for my son,” he would say, and then he would weep.

36 Meanwhile, the Midianite traders arrived in Egypt, where they sold Joseph to Potiphar, an officer of Pharaoh, the king of Egypt. Potiphar was captain of the palace guard.

It seems like Joseph’s dreams got him in trouble with his brothers.  His father Jacob had some interesting dreams, too.  Dreams from God.

What do you think God’s purpose was in giving Joseph those dreams?

Do you think it was God’s desire that Joseph’s brothers humbly accepted the meaning of the dreams? Then all the pain and loss and guilt could have been avoided.

Joseph’s story has some similarities to Jacob’s. Jacob and Joseph were both the younger brothers. Both were chosen by God over the older ones. Separation from their families comes about because of parental favoritism and deception; in both instances a goat is used to make the deception seem more real. Joseph is sent to a foreign land; Jacob fled to a foreign land. The time of separation for both of them is 20 years.

And as we’ll see, both of these stories end with the reunion of the brothers and forgiveness.

Do all these similarities and patterns in the stories we’ve looked at make them seem more truthful to you or made up?

Truth is stranger than fiction, and God is the Master Storyteller. History is His story, and He tells it well.

Do you realize that your story fits in with these stories we’re looking at? And that God is writing your story?

Can you see elements of your story paralleled with any of the stories we’ve looked at so far?